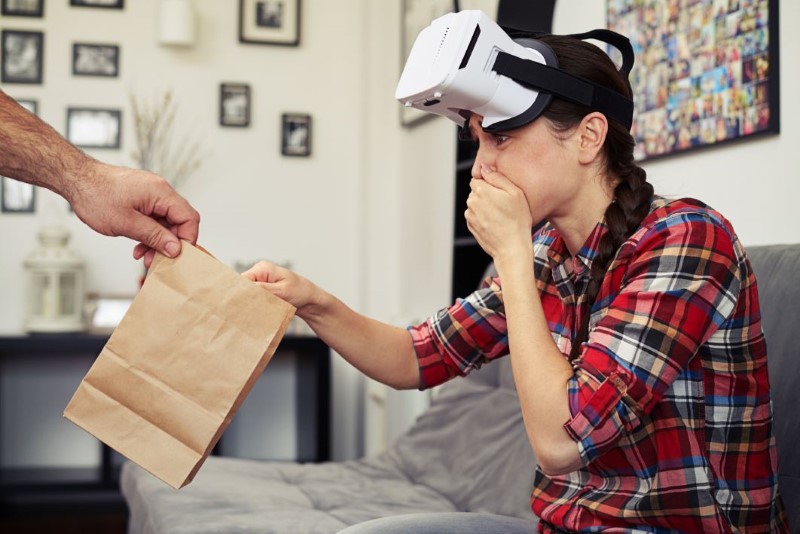 One of the main causes of cyber motion sickness is sensory conflict. Sensory conflict occurs when the different senses of the body are not acting in harmony, as they usually are when experiencing the physical world, but rather are in conflict. The most common sensory conflict is visual-vestibular conflict.

Visual-vestibular conflict occurs when the visual and vestibular (i.e. inner ear) sensory systems are in conflict. With current 360° VR systems, if the user moves in the physical world (e.g. leans or takes a step forward) the inner ear senses that motion but the corresponding motion is not reflected visually in the virtual environment. Since the vestibular system (inner ear) senses the motion but the visual system does not, the two systems are in conflict, which induces cyber motion sickness.

To learn more about cyber motions sickness take a listen to the Voices of VR podcast, where Kent Bye interviews Jason Jerald, an Adjunct Professor at Duke University. Jason explains the various causes of cyber motion sickness, highlighting visual-vestibular conflict as the most significant.

Kagenova is developing the technology to solve the visual-vestibular conflict for 360° VR experiences (to learn how see this post).