We often get asked where the name Kagenova came from and how to pronounce it! So we thought we’d write a short blog post to provide the backstory.

Nova is a feminine nominative of the Latin word novus and was first coined in reference to a star by the astronomer Tycho Brahe with ‘Nova stella’ in 1573, a name used to describe the sudden and bright appearance of a new star.

The word supernova was first used by Walter Baade and Fritz Zwicky in 1931 to name the huge explosion resulting from the death of some stars. The brightness of a supernova explosion can be comparable to that of an entire galaxy. 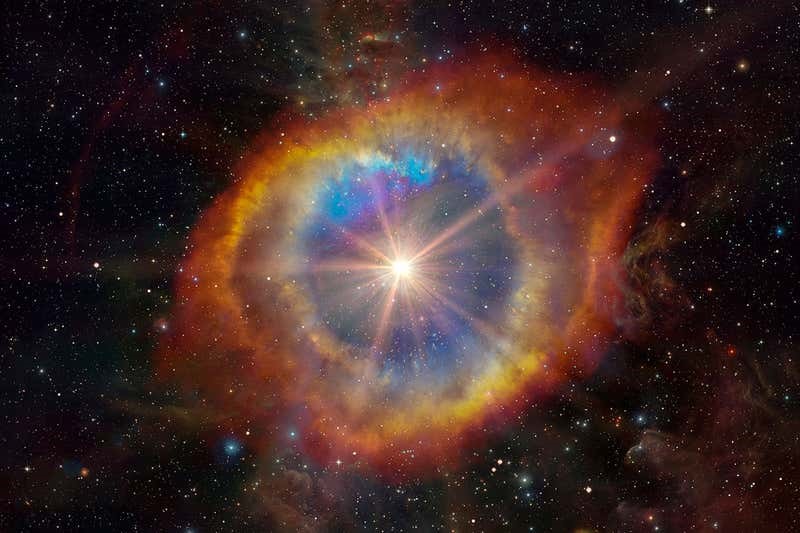 Artist impression of a supernova.

The temperatures in supernovae explosions are so great that new elements are forged. In some sense, supernovae therefore provide factories to produce the rich molecules required to form life, like that on Earth. We love the idea that we are made of stars!