Kagenova has been selected for the Createch Ones to Watch, a list of 50 of the most exciting innovators in the UK creative industries. 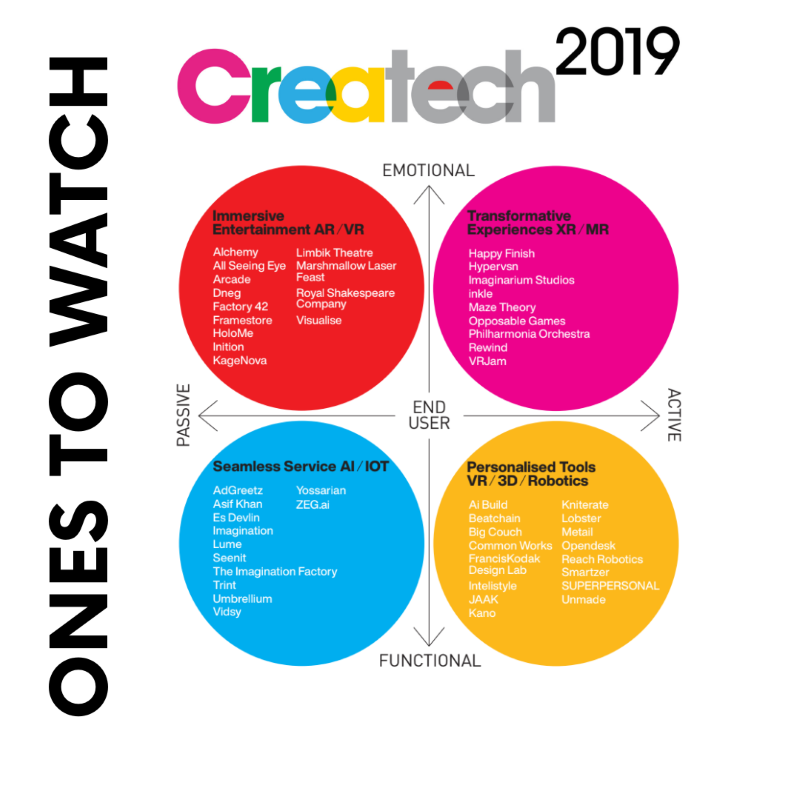 Compiled by Springwise and Digital Catapult, the unveiling of the list was announced on the 11th June as a highlight to Createch 2019. The list stages breakthrough innovators in the rapidly changing world who use creativity and technology to create new forms of entertainment, experiences, services and products.

Kagenova was spotted for its product copernic360, which turns 360° content into 6 degree of freedom (6DOF) experiences, allowing the user to move around in the scene. This provides a greater sense of realism and self and, even more critically, eliminates the major cause of cyber motion sickness that so many users suffer from, allowing users to spend more time in VR enjoying 360° content.

Hosted by Creative Industries Council (CIC), Createch brought together a full line-up of speakers from top industry experts, innovators and government to discuss and re-define opportunities for businesses to develop through creativity and technology.